How to Start Wow! Momo Franchise 2022

How to Start Wow! Momo Franchise in India 2022

How unusual is your craving for a momo? Is it b

Wow! Momo is an Indian chain of fast-food restaurants specializing in momos, dumplings, the delicacies of Tibet and Nepal, headquartered in Kolkata, West Bengal, India.

The quality of momos this fast-food restaurant provides has been wanted more than ever by the Indian population, which made it establish 318 outlets in over 16 cities in India, valued at ₹ 860 crores.

•  Wow! Momo was established in 2008 by Sagar Daryani and Binod Homagai, graduates of St. Xavier’s college back then

• It started as a 36 sq Ft kiosk in Spencer’s supermarket in Kolkata, turning in monthly revenue of ₹60000 in the first month.

• It began its expansion in malls of Kolkata itself, initially then ventured out of its home turf and opened stores in 16 other cities of the country.

• Unaware of the rules, but Wow! Momo became an exception starting with an investment of just ₹30000 to where it is at with ₹100 crores.

Making it possible to sell roadside food hygienically is their USP, especially in this space for Grab and go food demand by the current generation, you know your franchise will sell.

the business model for any business can be broken down into:

Marketing strategy: inbuilt strategy of providing a diverse menu with authentic taste and let word of mouth do all the marketing.

2) Perks of varying consumer tastes: Wow momo has a vibrant menu for each of its types of consumers from gluten-free, vegetarian to non-vegetarian, so the demand is always met and rising.

3) Minimal operations : With wow momo providing a centralized kitchen in every city, makes your and your employees work as minimal as possible

4) Perks of stall based fast-food chain : its stalls/ units are based in supermarket chains like Spencer’s, big bazaar with the vast crowd being Present a  wow momo stalk can divert attention and seek sales

5) Low operational costs : with food delivery players like swiggy, zomato in the market, the need for a sit-down outlet is low key dispersing. Bringing down your expenses.

6) The benefit of an Indian consumer : The rich in taste buds Indians have made Chinese food the second most popularly consumed cuisine in India, which is likely to stay for a longer time.

Requirements & Qualifications for the Wow Momo Franchise in India :

• The space requirement for a Wow momo franchise is 200-250 sq Ft with a minimum space needed for a kitchen and your counter.

• There’s a Training requiInvestment rement for franchise employees were there communication skills, culinary skills are put to the test.

• Lastly, the Minimum staff requirement goes up to 2-3 to operate your outlet.

• You are required to match their expectations in terms of educational and monetary qualifications.

Investment Required to run a Wow! Momo Franchise in India :

As a wow momo franchise owner you can earn profit up to ₹ 85000 per month Thereby recovering your full investment amount within a time frame of 9-10 months.

How to apply for a Wow! Momo Franchise :

One can acquire the franchise only by

• Visiting the official website of wow momo and leaving your contact detail and query for them to revert to you.

• One can either mention this plan to acquire the franchise, proving their contact information and email to wow momos.

• Or you can either contact them on their zonal number and seek an information.

Are you still skeptical about your decision to get tasteful on this franchise, let’s get a little closure:

Firstly, If you take up this franchise, you’ll be a part of an expanding fast-food chain, which is likely to open 1000 stores this year in just India.

Secondly, reasonable investment, minimal operational work, and firm profits is a rare opportunity at this point of time in the fast paving fast-food market.

Lastly, wow momo’s plans for IPO this year and the Indian consumer market for Chinese food is just a golden idea when made into a franchise.

How to apply for a wow momo franchise?

You can either leave your contact information and your desire to acquire wow momo’s franchise on its official website or contact us, StartupYo to get you through the same with precision. 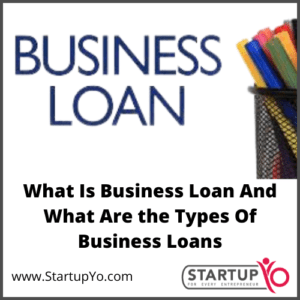 What is a Business Loan?  When a firm borrows money, it does it for a particular reason. In